Conducting A Hasty Search In An Outdoor Mall 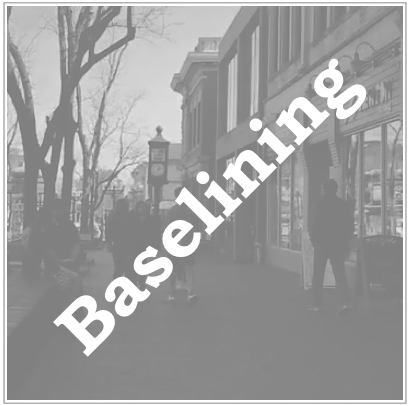 You will be practicing how conduct a hasty search in an outdoor mall while establishing a baseline and looking for anomalies.

1. As you watch the video immediately conduct a hasty search of the area to establish an initial baseline and evaluate each person as being part of the baseline or an anomaly worth investigating..

2. Be able to articulate what your baseline is and why anyone identified stood out from the baseline.

3. If you identify anyone, determine what you would do about the situation.

Stop! Write your answers on a sheet of paper before scrolling down and being able to view our answers.

The area has positive atmospherics.

This assessment was reached because the area is clean (the delivery guy is concerned about having a mess in the walkway), the noise level is conversation (not confrontational and there is music playing), and orderly as people are walking at a relaxed pace and staying to the right side of the sidewalks.

The baseline of positive atmospherics is confirmed by assessing that most people are displaying the comfortable cluster of behavior.

The only display of anomalous behavior that I identify is the man that is observed on the left side of the frame at around the 0:30 point displaying dominance.

It is the man at the water fountain wearing a yellow tee-shirt, with a red long-sleeved shirt underneath, wearing the yellow or tan baseball hat.

His display of dominance is assessed as his left foot drops back into a fighting stance, as his elbows spread out and as his hands move into a knife hand/karate chop motion.

The display of dominance, despite being outside of the baseline, was a false positive and no action was required.

Add a comment with the assessments that you made, but that we didn’t make, so that we can check for those assessments and provide feedback on those specific observations.  We will add them to our answers in the post itself for future viewings of the exercise.

After you create your answers, check your list against ours and mark the ones that you made that are also on our list.

The goals for this exercise were to allow you to practice the steps that go into the hasty search and to make the search for anomalies within the baseline established through a hasty search more intuitive through repetition.

Repeat as often as needed to become comfortable with each step of the hasty search.

What was easy for you and what was difficult in this exercise?  What did you do correctly and where do you need to improve?

Write these down to see progress made over time spent practicing behavioral analysis.

This video was taken on the Pearl Street Mall (an outdoor mall) in Boulder, CO, during the middle of the afternoon on a weekday in the spring.

Identify an area where you can practice this exercise in real time to solidify today’s exercise with personal experience both in your professional life and personal life.